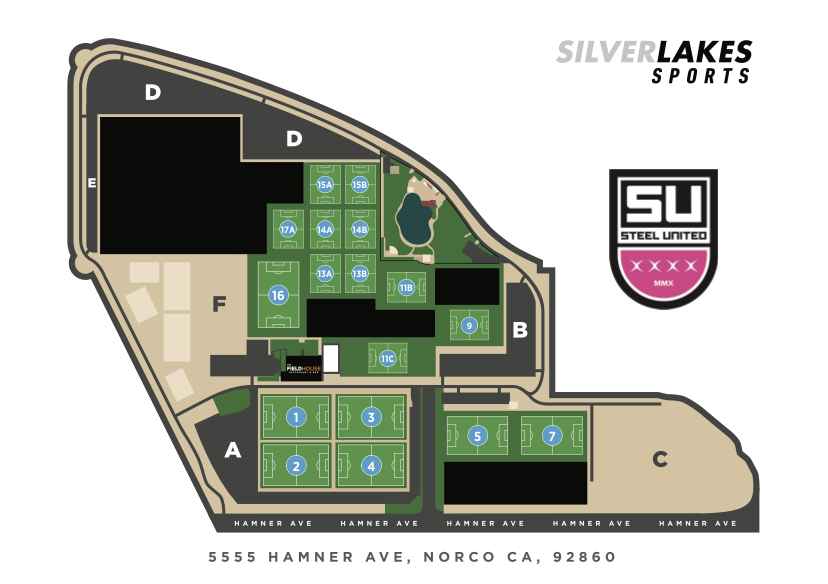 If you have any questions, please contact Tim Summiel at tsummiel@steelunited.com

Thanks to our partners at Silver Lakes Sports Complex please find a a discounted offer to take advantage of by clicking the below link;

Kick off your holiday season with the Steel United Winter Cup and the Amaze Light Festival.  Tickets may be used through December 22nd.

Good luck this weekend and Happy Holidays from Steel United! 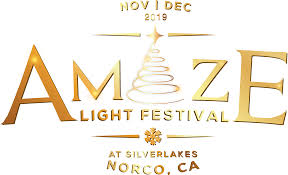 This tournament shall be played under FIFA rules as modified by CYSA-South for youth competition and as further modified by these tournament rules. Decisions relating to the interpretation of these rules are made by the Tournament Director(s).

The Tournament Director’s authority is delegated to the Venue Manager if the Tournament Director is not present at game site, or is unreachable, and then to the Field Marshal if the Venue Director is unavailable or unreachable. Disputes relating to the interpretation of these rules will be resolved only with the team administrators or coaches that are registered with the involved team(s).   All results, decisions, judgments, and calls of referees and tournament officials are final.

Players may be manually added to and deleted from a team’s roster at check-in provided their paperwork is in order; however, to speed up the process we ask that managers update their rosters in Got Soccer at least three days prior to the start of the tournament.

Check-in
Check-in will be at the field one hour prior to the scheduled start of a team’s first game of the tournament. The team manager or coach will have to sign an affirmation stating they have everything that they need for the event.

Team Managers should have;

·       a signed player registration form. Guest players playing on a Cal South or other USYSA team must have a Cal South or USYSA player card and the other two documents. Ask your club’s registrar about a Cal South ‘summer card,’ which is good from May 1 to August 31.

·       from AYSO… must provide player cards, birth certificates, and player forms, and travel papers — signed by the appropriate association official — including a roster of players authorized to travel and participate in the tournament. If you have any question about what organization your team belongs to, contact your club registrar. Questions about travel papers should be directed to your home state association.

Player Equipment
Shirt color: Visiting team (as designated on the schedule) picks their shirt color. The other team wears a contrasting color acceptable to the referee. Uniform number must match roster: Players must wear the uniform number shown on the game card. Any exceptions must be brought to the attention of the referee prior to each game and written on the team’s game card. Casts, headgear, eyewear …: Hard casts are not allowed. Other non-compulsory equipment such as prescription eyewear or soft casts must be approved by the referee of each game. The referee is responsible for the safety of all 22 players on the pitch, and the determination of what items are safe is up to the referee (and not doctors, coaches, or parents).

Spectators will sit across the field from their team’s bench, so one team’s supporters will be on the left side of the midfield line, and the other team’s will be to the right. Please don’t infringe on the other team’s half of the sideline. Spectators should keep everything and everybody at least one yard back from the touchline (sideline).

Team benches and tents will be provided at the fields.

Games
U8-U12 teams must have a minimum of five players to start a game.

U13 and older must have a minimum of seven players to start a game. A team will forfeit if it does not have these numbers at game time (either the scheduled game time or ten minutes after the conclusion of the prior game on the field, whichever is later). The tournament will provide game balls. If they are unavailable, the home team will provide three balls that are acceptable to the referee. Game duration, by halves, and ball sizes are as follows:

Halftimes are 5 minutes. Substitutions: each team is allowed unlimited substitutions at any stoppage in play, with the approval of the referee. Teams should not seek an advantage by making excessive substitutions late in games, and it is within the referee’s discretion to keep substitutions in check. If knockout games are tied at the end of regulation, games will go straight to penalty kicks.

Group Stage
All teams will be scheduled for a minimum of 3 games. Teams shall be awarded points based on a 10 point system:

Selection of Teams for Elimination Rounds
Tiebreakers: In the event that two or more teams are tied in points at the end of the preliminary (group stage) games, the following tiebreakers shall be applied in order given until a winner is determined. In a three- (or more) way tie, never revert back to the top of the list even after a team has been eliminated from the tiebreaker.

·       FIFA penalty kicks (before elimination round). If FIFA PKs are not possible due to scheduling constraints or difficulty getting both teams to a field, the tie will be broken by a coin flip conducted by tournament staff

Forfeits
A team which “wins by forfeit” shall be deemed to have won by a score of 1-0. A team that receives an unfair advantage from a forfeit may have their final group stage bracket standing adjusted by the Tournament Director or their designee at their sole discretion. There is no financial consideration for either team involved in a forfeited game.

Shortening Games
In case of inclement weather, changing field conditions, or lack of daylight, the Tournament Director or Venue Manager may direct that games:

·       be canceled. The following modified rules will apply to any shortened group stage game that is going to penalty kicks:

·       If regular games have been played in the bracket and the Tournament Director has determined that other games go to penalty kicks due to inclement weather or field conditions, the regular game’s score will revert back to a 1-0 win or a 0-0 tie. In any shortened elimination game (play-in, quarter, semi, or final) that goes to penalty kicks, standard FIFA rules (minimum of five rounds) will apply unless the referee, Tournament Director, or Venue Manager decide that it is unsafe to proceed. Every attempt should be made to provide teams an equal number of penalty kicks. There will be no refunds or reimbursements of tournament application fee for shortened, cancelled, or forfeited games.

Misconduct
A player ejected from a game due to two yellows or a straight red may not play in their next scheduled game, but if the ejection was for violent conduct, they may not play in the next two scheduled games. Coaches may be ejected for unacceptable conduct, including harassing referees, opposing players, coaches, spectators, or tournament staff. Any coach ejected from a game is suspended from that game and the team’s next scheduled game. During the current game and starting sixty minutes prior to the next game, the coach must stay out of sight and sound from the field and have no contact of any kind with the team, coaches, or spectators. The coach may resume contact at the end of the next scheduled game.

A violation will result in the coach’s ejection from the tournament. Any person who aggressively confronts or threatens another person (including referees or tournament officials) will be ejected from the tournament, and may be reported to the police.

If the referee crew decides to terminate a game due to the misconduct of players, coaches, or spectators, tournament staff will decide whether to eject the team from the tournament. In that case, the team will forfeit the game in which the misconduct occurred, and all remaining games. Any deceptive action with respect to player identification, rosters, uniform numbers, or suspensions will be grounds for ejecting a team from the tournament. Such violations may be reported to Cal South, which may take its own disciplinary action. 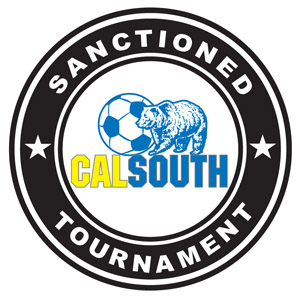